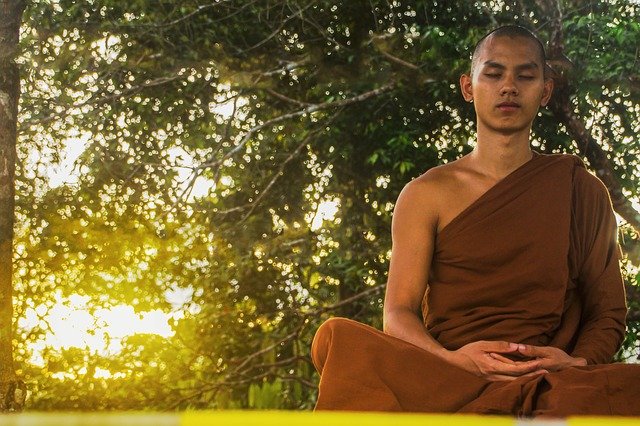 MAKE UP YOUR MIND

There is no greater happiness than a calm mind. A mind that is calm – is the greatest happiness.

Good examples are the two chief-disciples of the Buddha – Phra Sariputta and Phra Moggallana. When they where young men with the name Upatissa and Kolitta, they tried to find happiness. They tried it in every way. They enjoyed all sensual pleasures possible – but they could not find lasting happiness. So they decided to ordain as ascetics. They practiced what their teachers told them, to the highest possible level – but still no way out of suffering was found.

So they decided to separate and go their way and if one of them would find real happiness – he would tell it the other one.

One day Upatissa saw a monk on his alms-round. This monk was not like anybody else he’d ever seen before. He walked so composed and mindfully. Faith arose in Upatissa’s heart. He followed the monk on his alms-round and then took his bowl to a suitable place and prepared a seat for him to take his meal. After he cleaned the bowl for the monk and respectfully asked him who his teacher was and what Dhamma his teacher had taught him.

The monk – it was Phra Assajji, one of the first five disciples that the Buddha taught in the deer park of Benares – answered him that a Buddha is born into this world and He is his teacher and that he himself was still a new monk and can not tell him much.

Upatissa told him that he doesn’t need much, only a little Dhamma will do. Then Assajji told him that the Buddha taught the suffering and it’s cause and that one has to extinguish this cause.

Only these few words where enough to let the light of the Dhamma arise in Upatissa’s heart. He became a stream-entree (Sotapanna).

A meditator has to be mindful. He/she has to know all the time, what is the cause – why he can’t gain calmness of mind and knowing why there is calmness. Knowing what causes one not to be calm and extinguishing this cause. He will see it’s because the mind is wandering outside of one’s body. The mind thinks about past and future, about family and home, about work and all kind of problems – it doesn’t want to stay with the body. Hindrances like tiredness and laziness arise because the mind wanders to the outside.

So we have to stop the cause for all of this suffering. We have to fix the mind on the body. We stay with an easy, relaxed and open mind within our body. We try to be perceptive and we try to know. Use whatever object in the body is clearer for you – be it knowing the breathing in and out at the nostrils, or be it the knowing of the rising and falling movement of the abdomen while breathing.

For some it may be the five objects of contemplation (panca kammatthana) like: hair on the head, hair of the body, nails, teeth and skin. Or it might be the 32 objects of recollecting one’s body.

However, important is that one stays within one’s body.

If we practice like that often, then we will gain a strong mind. People with a strong mind are able to let go and not getting too attached to things. Whatever contact may happen, be it our eyes seeing a form, our ears hearing sounds, our nose smelling a smell, our body feeling tangible objects, our tongue experiencing taste or our mind thinking thoughts – the meditator stays with a strong detached mind. Knowing this things arise – stay for a while – and then they disappear. They are born in the mind and they will cease in the mind.

Happiness arises – we know, suffering arises – we know. Both arise in the mind and stay for a while and then cease. Usually we get attached to these things, they arise, – we cling to them and start to build up more mental formations and that increases the heat in our hearts. We really have to make our mind strong – we have to train it to be strong.

Some people say meditation is just sitting around and closing the eyes. They don’t know – but we know.

There are permanently contacts happening on our sense doors (ayatthana) and the mind door. While one sits, there are contacts at the mind-door, we call them “Dhamma-arammana”. There might be thoughts about the past and the future or there are hindrances arising. We have to face them and try to cut them off. If we can do this then the mind will become strong.

Our mind is not as weak as this body is. We think of the Buddha, the Dhamma and the Sangha and of their virtue. This will increase our mental strength and we will not be weak.

We are confident that the Dhamma which the Buddha realized and taught is the real Dhamma, the Ariyadhamma, the Dhamma of the noble One’s. Whoever follows and practices that Dhamma will know the truth and see the truth.

The witnesses for this truth are those noble One’s who have followed the teaching and realized it. They saw the truth and know the truth and became enlightened One’s (Arahant) – those who understood the four noble truths (Ariyasacca).

When the Buddha taught the Dhammacakkapavatana Sutta for the first time in the deer park near Benares he taught it to the five ascetics who where his attendants while he was practicing strict austerity. The first thing He taught them was the truth of suffering (dukkha).

What the Buddha wants us to escape from, what He wants us to cut off, is the cause of suffering (Samuddhaya).

What now is the cause of suffering?

We have a head that lets headaches arise.

Why do we have stomach-aches? Because we have a stomach.

Why do we have pain in our legs? Because we have legs.

That means suffering arises because this body is born and because there is this mind (citta). There is birth, then the thing lasts for a while – which is when we experience pain and suffering – and then it ceases.

So we have to stop birth.

We should not fear the suffering. If we sit in meditation and we experience pain – we should watch that pain. We are aware of the suffering. We know there is pain, drowsiness – whatever suffering we experience. We know that suffering arises in the body and watch what the mind feels. We will see that the mind experiences disliking, unpleasantness, it is not calm. We try to have patience and endurance and if we are really not able to endure it, then we change the posture and watch the unpleasant feeling – how does it change, when we change our posture? We watch it and we will see how it ceases.

That’s how we can see feelings arise and cease. If we are mindful like that then the permanent changing of postures, which we usually do, is not hiding the truth suffering anymore.

If we practice like this – we won’t get attached to happiness and pleasant feelings, knowing their impermanence; – we won’t get lost and deluded from happiness. Too much happiness can make people deluded and foolish, whereas suffering can help people to understand better and to develop wisdom.

Suffering is usually a very clear experience – like a child touching something hot – you might tell the child it should not touch it, but it will only believe it, when it has the painful experience of touching it.

So we practice continually and the wisdom arising from suffering will make our mind clearer and clearer and one will keep it in mind.

When we practice we can see that sometimes the mind is calm, sometimes it is not calm. We want it to be calm but we can’t force it. The mind wanders here and there – you can’t trust it. Those who believe in the mind can get mad. We need mindfulness and we need to contemplate the arising and the cessation of phenomena. We see things arise – stay for a while and then cease.

That’s how we learn to understand that everything is impermanent. Happiness arises, stays for a while and ceases – seeing this we won’t get too attached to happiness. Suffering arises, stays for a while and ceases. Everything is impermanent. We are impermanent too – why should we cling too much, why be so attached to others or ourselves? We learn to let go. If we are able to let go – then we can experience happiness for the rest of our life’s.

We suffer because of attachment, we say this is mine that belongs to me, and this is me.

So, we have to meditate. As a human being we should try to develop ourselves for the good. The highest goal is the cessation of suffering. However much or little we do – important is we do it. If we do not practice, we waste this good opportunity we have.

Don’t forget – if we are born as a human being and we only work to get food and material things but we do not try to work on inner development, then we do not differ from birds or rats and dogs. We try to get our food and when the time comes we produce children and in the end we die.

If humans live their life’s just like that, then they do not differ from animals. They are even worse then animals. Because humans are able to destroy much more, steal, kill, tell lies and are able to do many unwholesome things which animals wouldn’t. They are able to do and know good or bad.

That’s why we have morality and meditation. With them humans can develop their mind to go to a higher state. But one really has to work on it. If you make up your mind – to practice sincerely – then you will achieve good results. 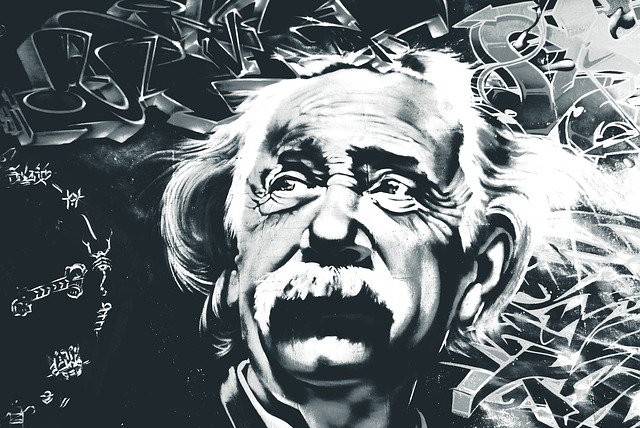